From June 27 to July 1, 2022, nine middle and high school students attended our fourth annual Young Scientists Research Experience. Over the course of a week, the students chose their own research questions, developed a study, did their own fieldwork, and then compiled their data and presented their findings. We’re incredibly proud of the work these students did, and we’re excited to share their results with you!

If you’d like to sign up for next year’s Young Scientist  Research Experience, you can subscribe to our email newsletter to be notified when registration opens.

Maggie asked: “Does the size and location of a log affect the number of insects and turtles basking on it?” 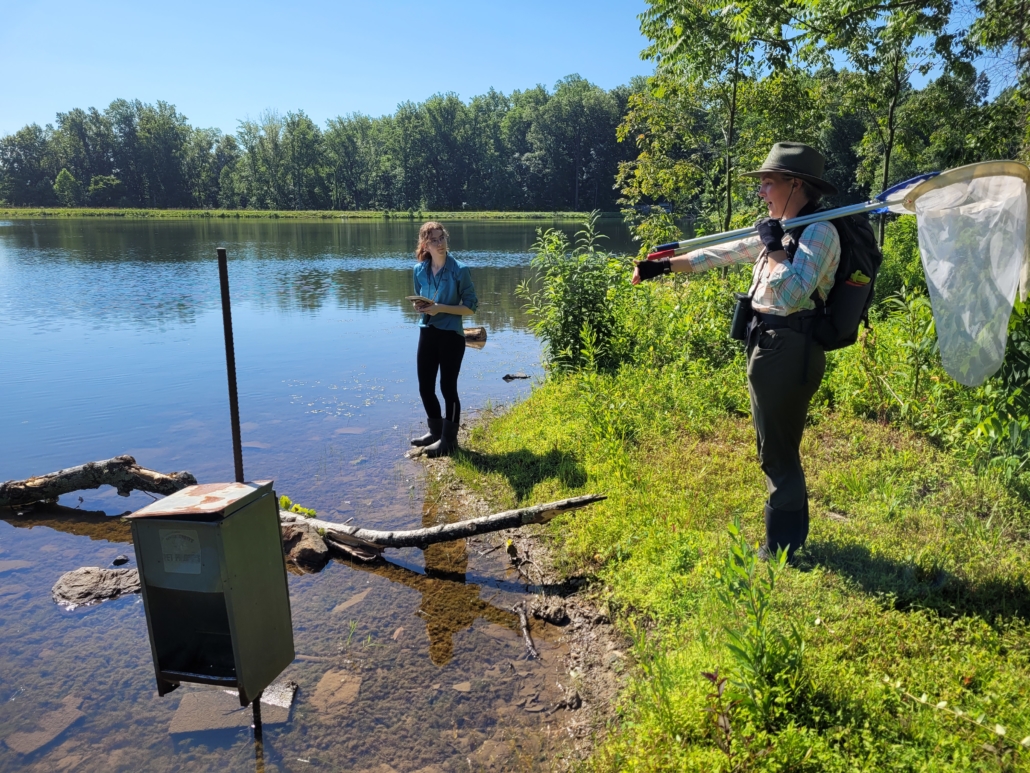 She found that both damselflies and dragonflies prefer to perch on skinny logs than wide logs, even though wide logs would provide more surface area. She also found that in general damselflies are pickier about the locations where they are willing to perch than are dragonflies. 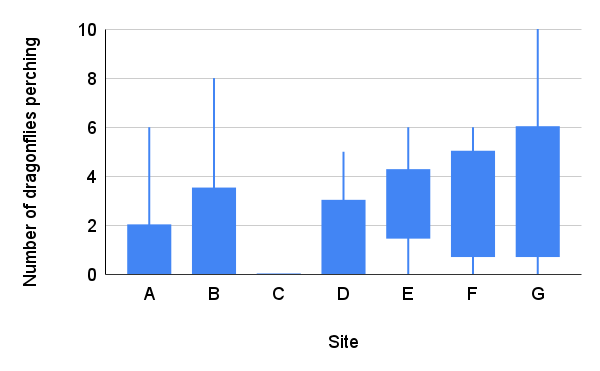 Liam asked: “What species of fish live in  ponds compared to creeks? And are there more fish in ponds or in creeks?” 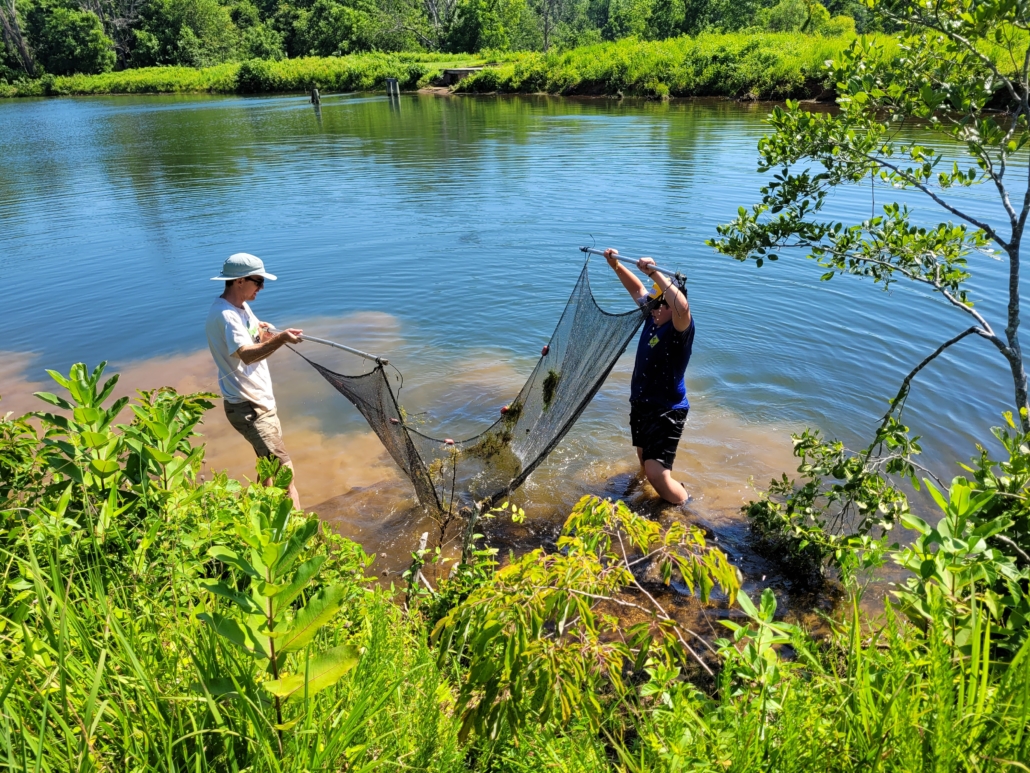 Liam and Director Bert Harris use a seine net to capture fish in the pond.

Liam surveyed fish in our ponds and streams and found four types of fish: dace, darter, largemouth bass, and bluegill. The vast majority of the fish he found were dace. Liam caught more fish per sweep of the seine net in the creeks than in the ponds. 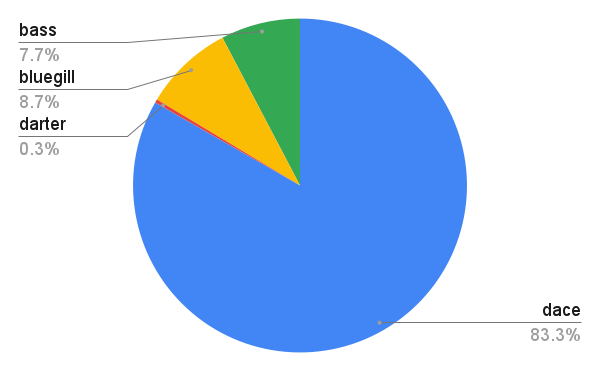 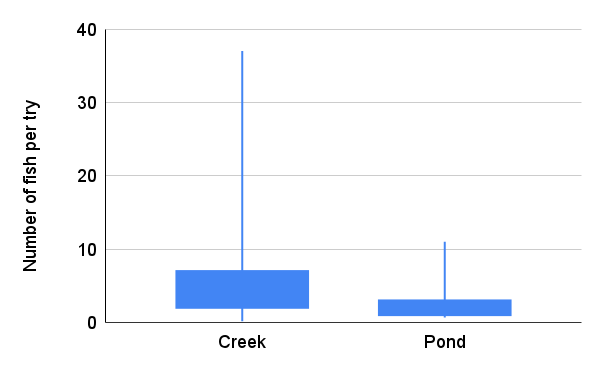 Sarah asked: “How do the parenting behaviors between Eastern Phoebes and Eastern Bluebirds differ?” 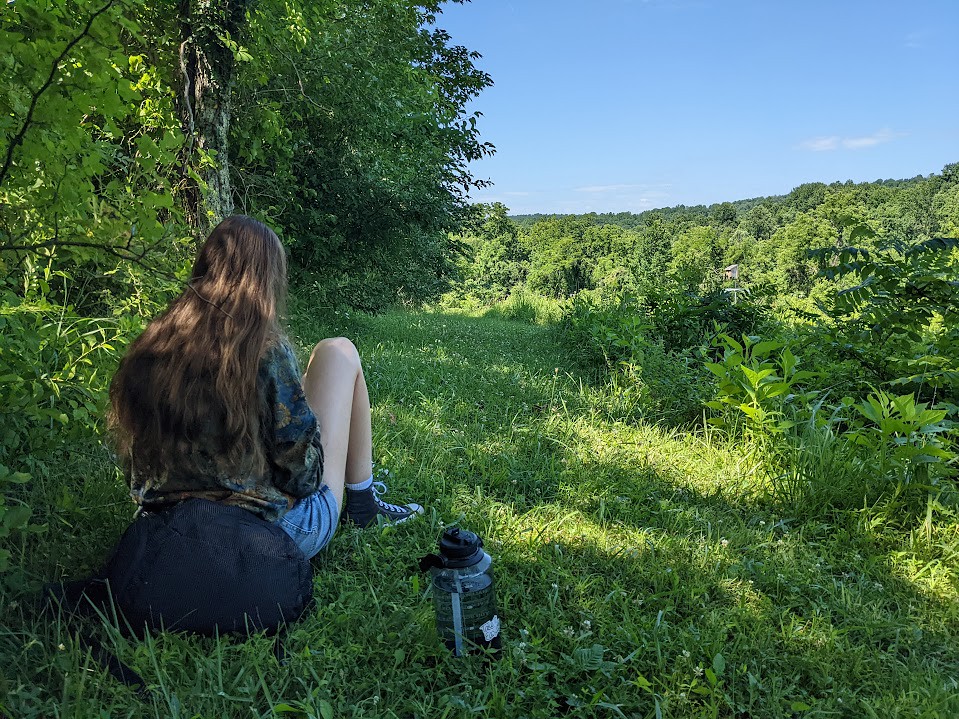 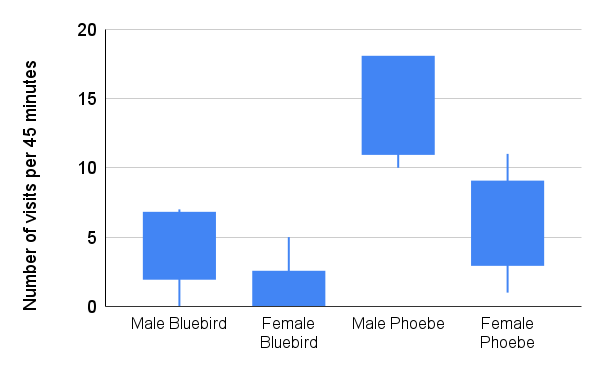 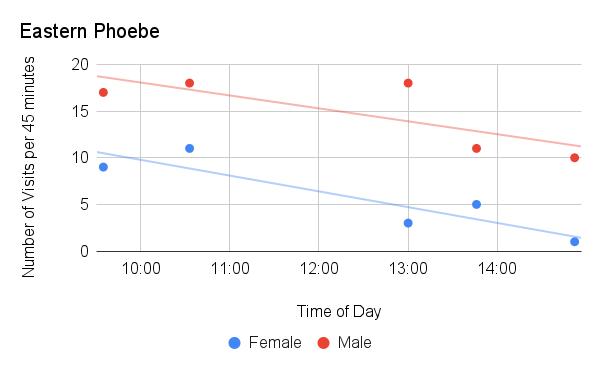 Aurelia asked: “Where do fireflies go during the day?” 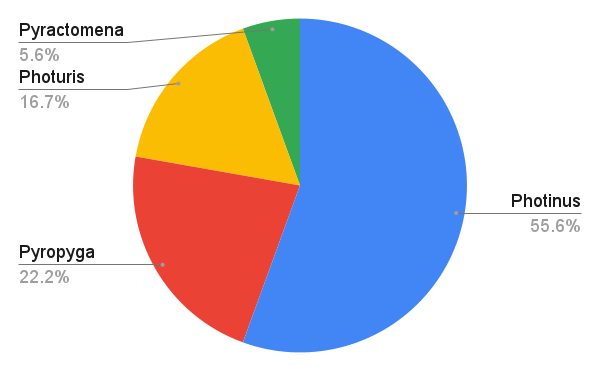 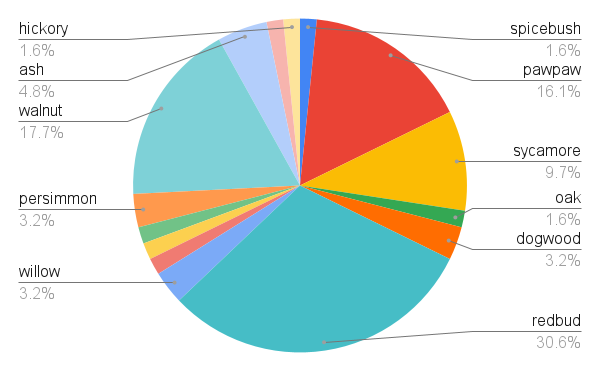 Declan asked: “How far away from water do crayfish burrow? And does the distance from water affect how deep the burrow needs to be?” 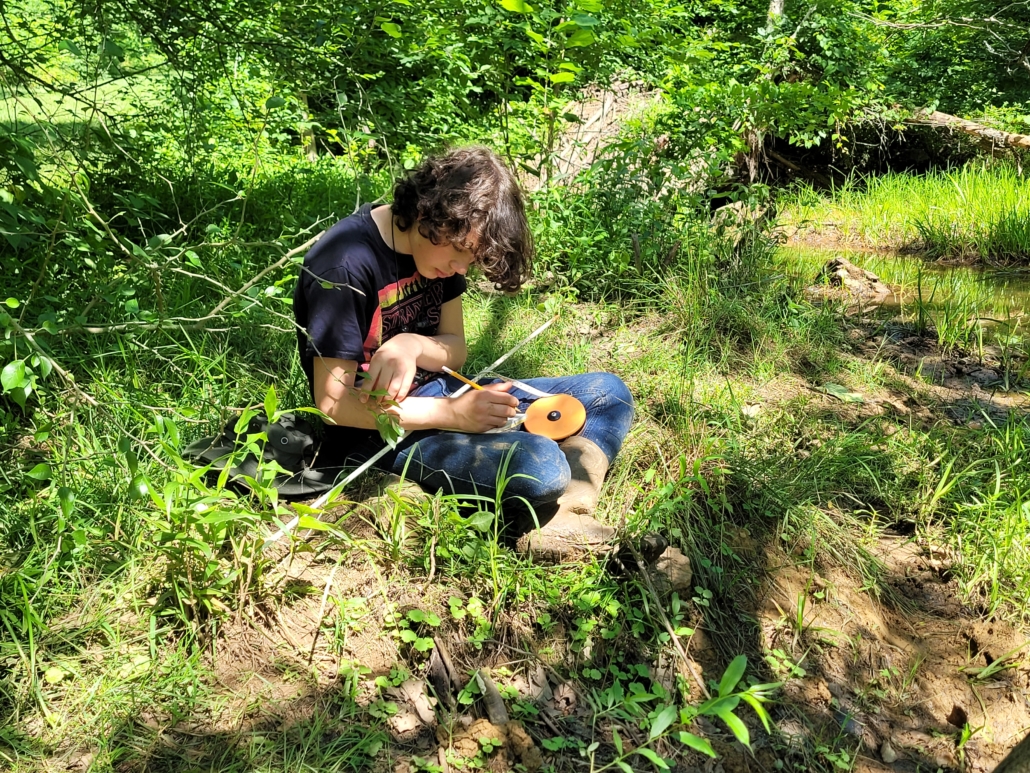 Declan found crayfish holes at a wide variety of distances from standing water. A couple holes were over 20 meters from water! Surprisingly, there was no relationship between how deep a hole was and how far away from water it was. 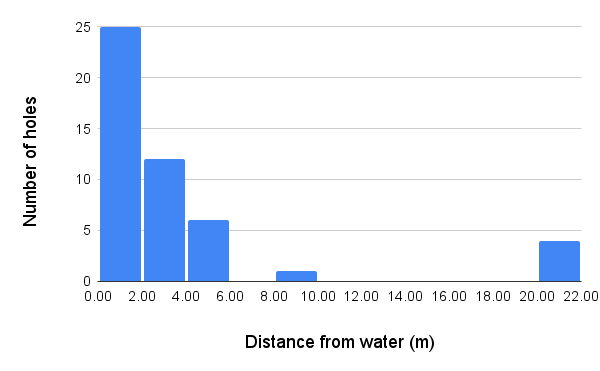 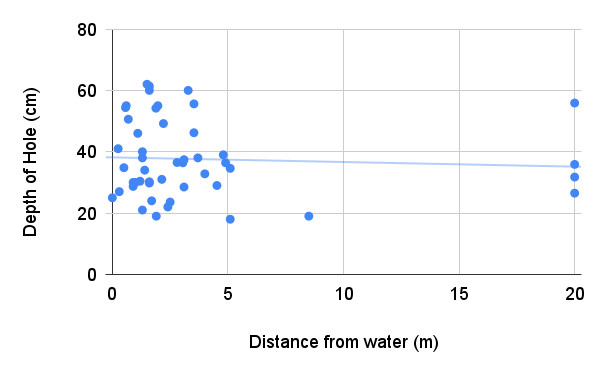 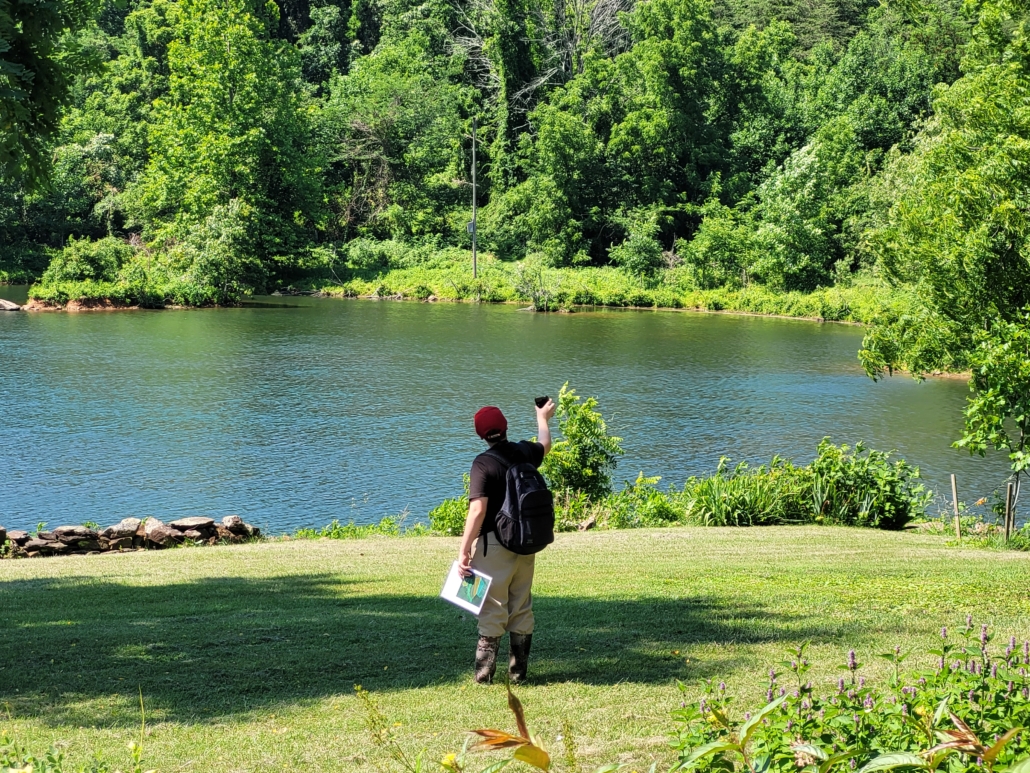 Logan found that, of Carolina Wrens, Common Yellowthroats, and Eastern Towhees, Carolina Wrens had the longest songs and that all three species had longer songs in the morning than in the afternoon. 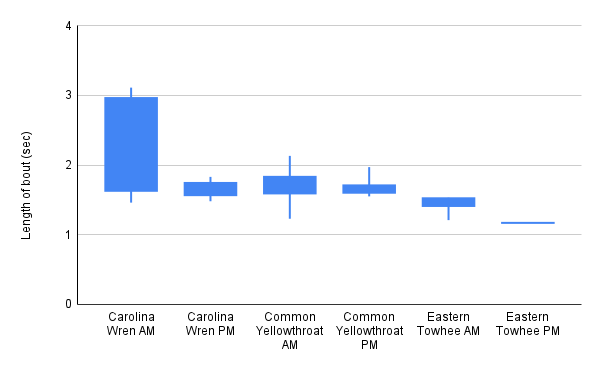 Lane asked: “Does lichen diversity change as you get closer to water?” 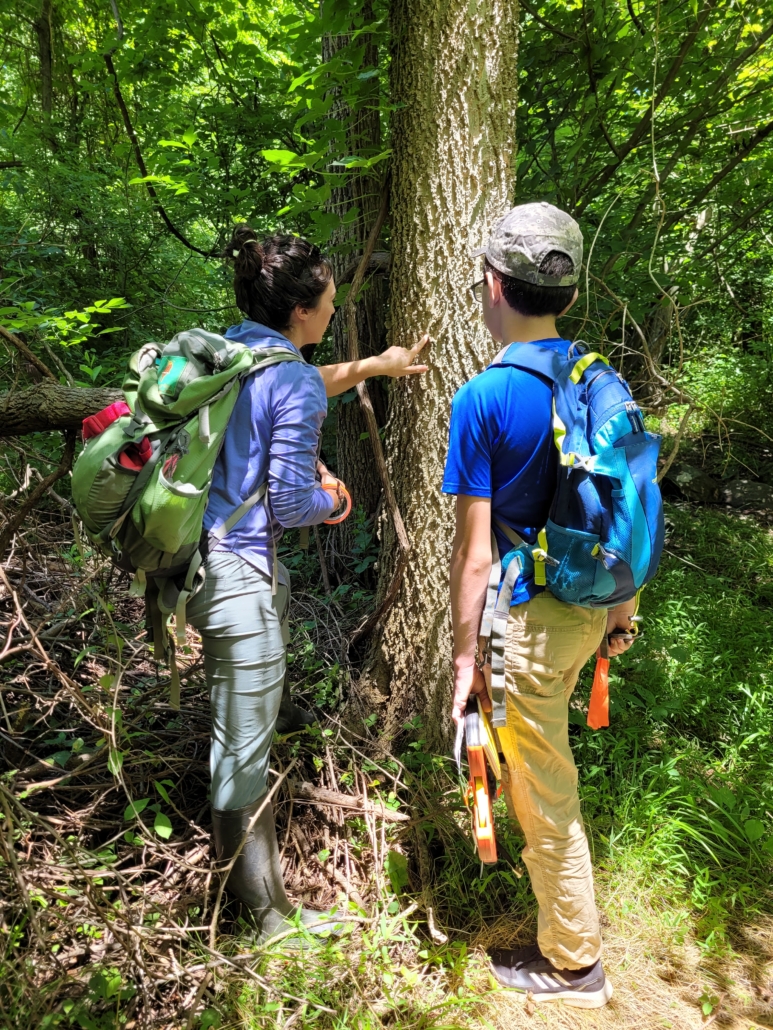 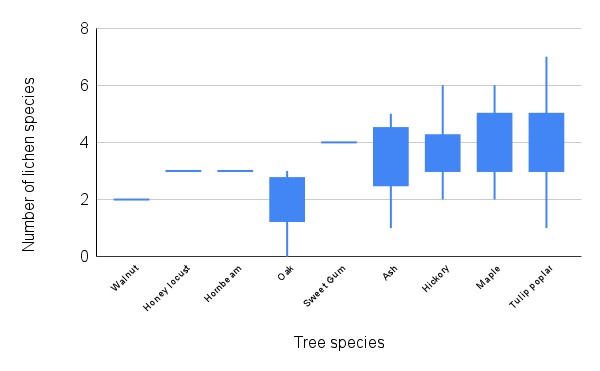 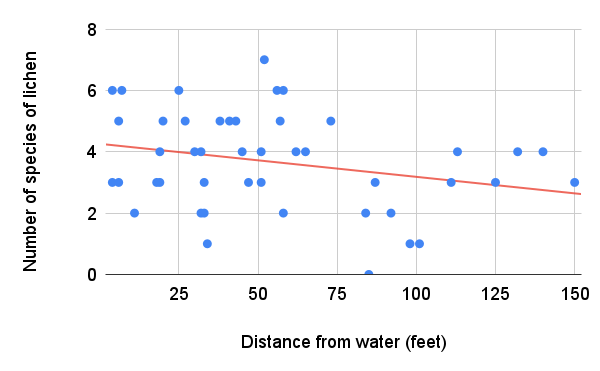 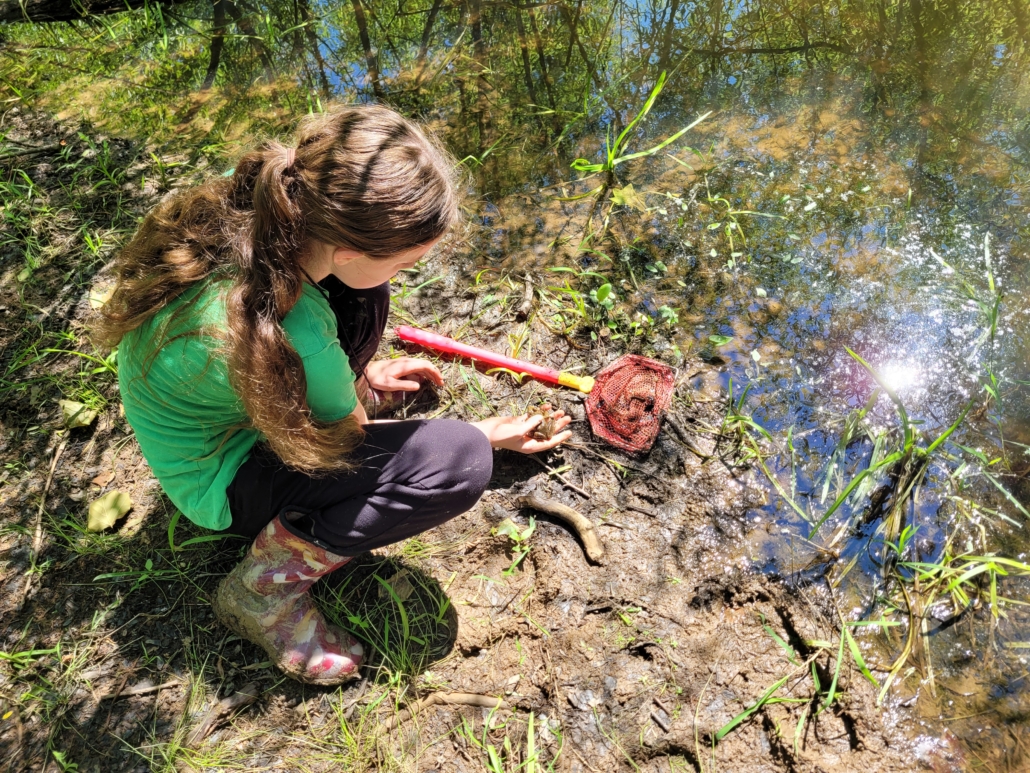 Loreli found that there were more frogs in the ponds than in the creeks.

Elyssa asked: “Does the growth form of a mushroom make a difference in the number of bugs found on them?” 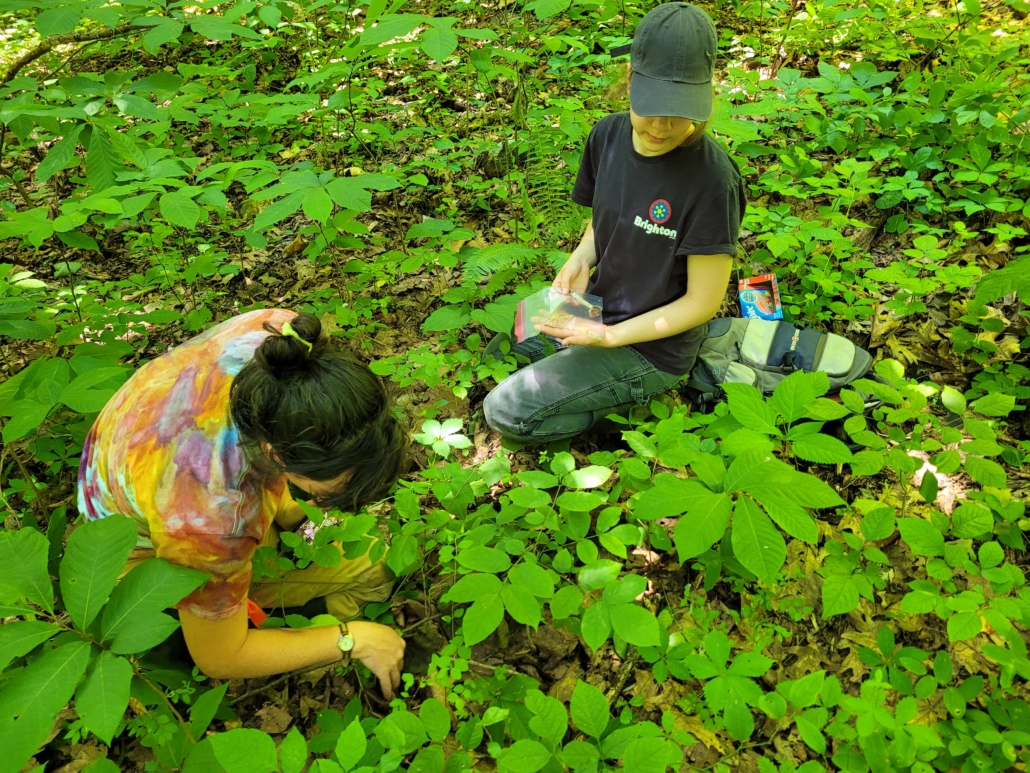 Elyssa found that there were more insects on gilled mushrooms than on any other growth form (after controlling for the weight of the mushroom). 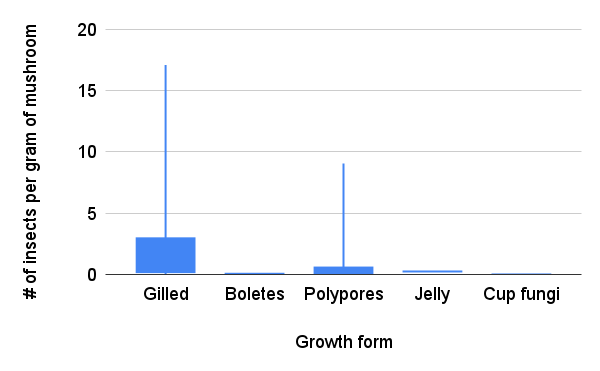